Due to the Covid-19 outbreak, partners from Croatia and some of our Polish colleagues were unable to travel. As the UK national agency was still advising travel to the Republic of North Macedonia, and that meetings should go ahead, the University of Northampton team flew in to Skopje at lunchtime on Tuesday 10, and immediately went to Special School Zlatan Sremec. There – with our colleagues from the school and from Autism Macedonia Blue Firefly – we followed announcements being made by the North Macedonian government. By mid-afternoon we heard that the next day’s conference would not be able to take place – public meetings of that nature were now forbidden – and that schools and colleges were all closing.

We managed to tell our colleague from Autism Europe that the conference was cancelled – her bags were already on the plane in Brussels, but she wasn’t yet! And then our fantastic North Macedonian colleagues went immediately into overdrive, informing the hundred or so delegates who were booked to attend that the conference was cancelled, liaising with venues, and much more – Jasmina and Marija were a flurry of emails and phone calls for the next few hours. And it was decided that we would now hold our meeting on 11 and 12 March at Special School Zlatan Sremec.

The meeting was strange at the time but was good practice for the way we would all soon find ourselves working. While about half of us were together in Skopje, the Croatian colleagues were all gathered on the University of Zagreb campus; our partners from School No 12 were working with children, but contactable by message; and our colleagues at Autism Europe were in touch with us via WhatsApp on the phone. Who knew that would soon be the new normal?

I’ve read articles recently which have spoken of how meetings by Skype and Zoom are more exhausting than face-to-face meetings, and this meeting, which blended the two approaches, was certainly a tiring one. But we got an amazing amount of work done, regarding the finalisation of the training curriculum and materials, the evaluation and the development of policy recommendations. We are still on course to deliver all of the project’s Intellectual Outputs in line with our original timescale, which is a testament to the hard work and dedication of all partners. Thank you to everyone for helping ensure the success of our project.

Meanwhile, Skopje started locking down more and more. By Thursday, no restaurants or bars were open after 6pm – our hotel had neither anyway, but Jasmina managed to phone to get us a pizza delivered. We ate it alone in the breakfast area – we were the hotel’s only guests! Our Polish colleagues changed their flight, flying back on Thursday evening to two weeks’ quarantine. Target Autism colleagues – who had to get a bus to Sofia, then a plane, also left Skopje on Thursday as the Republic of North Macedonia’s land borders were closing. Our flight was not till early on Saturday morning. Our taxi arrived at 3 a.m. and we finally took off at 6 a.m. landing at Luton at 12 noon, into a world where lockdown had not yet happened. I had to go into the University to meet with students for tutorials on Monday, and I went into my open-plan office as usual, where 100-plus academics were all working in close proximity. Back to normality, it seemed. But not for long. 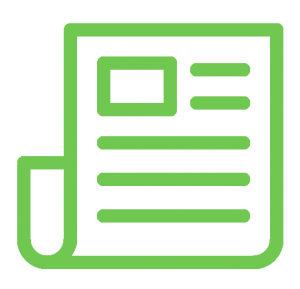